Aiming at industrial utilization and spread of high-pressure technique

It largely depends on the society whether a technological innovation is encouraged and the technology can spread. In the latter half of the 18th century, the Industrial Revolution began and the steam and gasoline engines were developed in the United Kingdom before the rest of the world. Those engines were used for passenger vehicles, but not introduced into motorcars because of strict regulations by the Locomotive Act of 1865. This act was enforced as a result of opposition of those with interests in the horse-drawn carriages, stipulating that road locomotives should be preceded by a red-flag-carrying walker. The U. K. thus fell behind in the development of vehicles until the Act was repealed in 1896. During the same period of 30 years, on the other hand, four-wheel vehicles powered by gasoline engines were developed one after another in Germany, France and the U.S.A. In 1903, the Wright brothers, two American brothers, used a gasoline engine for the motor car to successfully make the first manned flight of an aircraft, i.e., a heavier-than-air machine. Only when the society accepts the technology, it is practically used and spread.

It is obvious that use of pressure will make our society better. By taking advantage of the pressure, a number of specific ideas are proposed, which relate to, for example, storage of foods, enhancement of functional components in agricultural products, methods for keeping original taste of food materials and products, additive-free food products safe to those experiencing impaired mastication and having difficulty in swallowing, and the like. In medical field, the application of pressure is found useful for treatment of cancer, storage and transport of living organs, sterilization of virus, microbiologically safe formulations for blood transfusion, and the like. The hydrostatic pressure we have dealt with uses compression energy of liquid, so that it is much safer and much more convenient to use than domestic gas cylinders storing propane in a compressed state. For worldwide spread of the civilization using the pressure, it is considered important to shift our society’s recognitions to make the use of pressure take hold in our society as a new standard.

The advantages resulting from use of the pressure have been presented in many journals, e.g., Trends in High Pressure Bioscience and Biotechnology, R. Hayashi, 2002, Progress in Biotechnology 19, 375, Elsevier Science B.V., and Springer Science+Business Media, Dordrecht 2015, 26, 567. Now, we have established “High-Pressure Support Co., Ltd.” to introduce and spread the practical applications of pressure to the world.

The use of pressure has scarcely been applied to industrial level up to the present. When various companies create new products by taking advantage of pressure, a great impression will be made on our society just like the powerful effect of the heavier-than-air machine flying in the sky. So, let’s begin together to create the innovation using the pressure.
April 2015, Tokyo 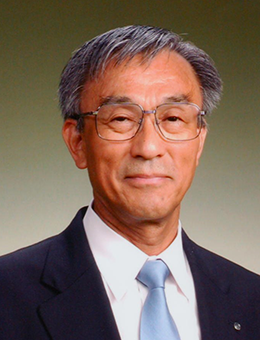 Pressure to create our future

High-pressure treatment is a technology for processing food using hydrostatic pressure of several tens to several hundreds of MPa. To the deepest bottom of the Mariana Trench having a depth of about 10,000 m, the water pressure of 100 MPa (i.e., 1000 atmospheric pressure) is applied. Our food processing technology using the water pressure of up to 400 MPa, that is, four times as much as that obtained at the deepest bottom of the Trench has produced sterilized food products and functional food products.

In the 1980s when the possibility of high pressure technology for food processing was suggested in Japan, many companies tried to use high pressure for achieving non-thermal sterilization. However, they gave up the research and development because a satisfactory sterilization effect could not be obtained even by increasing the pressure to an impracticable extent. In contrast, R&D activities of Echigo Seika have continued since then for improving rice processed food products. Finally, in 2000, Echigo Seika constructed a world-first plant for manufacturing sterilized cooked rice products using high-pressure treatment, and succeeded in mass-production of the cooked rice products. Now, three domestic plants are in operation and overseas plants have been developed, too.

Heat and pressure are factors independently work to transform the state of material. Just like the phase changes of water (into a liquid, vapor, and solid) by heating and cooling, the changes can be attained by the application of pressure. In light of this, pressure is considered to be a fundamental principle to create new products and to bring unexpected changes. Another advantage of pressure is that the energy issued by pressure is very small. Specifically, even though the pressure becomes as high as 100 MPa, the pressure energy is as small as about 0.02 kcal/mol, which is not enough to induce undesired chemical reactions and drastic changes.

High-Pressure Support was established to support any companies and institutes planning the use of high pressure and fully promote and widely spread the high-pressure treatment, based on accumulated researches on pressure treatment and steady success in industrial use of the high pressure technology Echigo Seika has made through many years. We’ll do our best for the creation of innovations in a variety of fields such as food, machinery, agriculture, medical care and the like, using the potential of pressure.